October was a funny old month that seems to have literally flown by. It held sickness, worry, new job prospects and a handful of birthdays so I guess there’s little wonder it felt like a short month, despite it’s 31 days.

I have tackled some of the areas from earlier in the year for a second time, so I haven’t counted them. I did clear out the childrens’ clothes, before realising that they barely had any left once I’d got rid of those which were damaged or too small. This led to a shopping trip involving me, both children and a lot of bribes. Still, their room is a tiny bit neater.

I can’t say I’ve been very adventurous, although stew season is upon us so I might try and vary some of the recipes I use so we don’t get fed up.

15 minutes per day on household admin

I’m kind of improving, and need to be even more organised as we now need to keep track of forms for Beavers as well as school and pre-school, not to mention the grown up stuff like car insurance. I am finding that I’m better at just squeezing jobs in to spare 5 minutes. (Have you even found yourself spending longer thinking about doing a job than actually doing it? That’s me all over.)

Only 11 blog posts in October, I’m getting worse rather than better. The allotmemt being quieter has meant I’ve had less to blog about though.

No progress here, I think being out of action with a bad arm and shoulder has meant I’ve not had my head in that particular game.

I did a couple more things towards this, including changing power supplier to a cheaper one. I also compared car insurance quotes and discovered that surprisingly, our current one was the cheapest so that saved the faff of changing. When we went clothes shopping for the children I checked out sale rails first (especially for my daughter as she gets mucky at pre-school!) When we went into Matalan they had an offer on children’s clothing where you saved £5 off every £20. The vouchers were 1 per transaction so I put through 2 separate £20 transactions, saving £10 which was pretty handy. I do look out for good second hand clothes but as they get older they tend to wear them out before growing out of them, so I end up buying new more often than not. (When I cleared out the clothes from the childrens’ room, my daughter was hovering and has claimed her brother’s outgrown Christmas pyjamas: I guess that has saved me buying her any more for this year!)

We got a family selfie at Sundown Adventureland!

10 comments/likes/both on other blog posts per day

Almost done this, I have been through and reviewed the blogs I follow, and try to read and comment regularly.

I’ve barely crocheted at all in October really, only tiny little projects.

8 times more spent setting up photos than takng them

I’ve put a few props and things together occasionally to take better photos, and now the clocks have changed it has really changed how much I can use the conservatory for photos. I will shortly be needing artificial light for taking photos.

Still nothing. Perhaps best just to forget about this one!

As a family we went to Sundown Adventureland for my son’s birthday treat. We did go there 4 years ago but new things have been added since then so I’ve included it in my list.

Mr C and I also visited a super little cinema called Kinema in the Woods at Woodhall Spa. It’s a fair drive away, but it’s very quaint (in a nice way!) and we went there for a change from town cinemas. We watched Geostorm because we both love a good disaster movie! It was a lovely treat to be out together on our own, and we had fish and chips on the way. 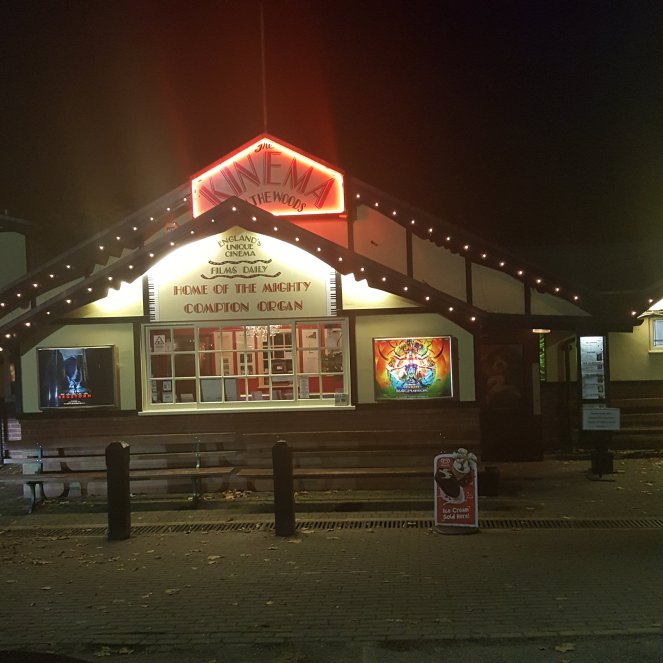 We had one visit with friends, and another is planned for November.

4 cards made per month

I made quite a few character cards for the many October birthdays we have! No ‘stash’ cards though.

3 seasons of harvesting on the allotment

The parsnips are still in the ground, though we have pulled up a few recently. There should still be plenty left for winter, which will mean we achieved this goal!

I haven’t felt up to proper exercise but I have been on a real mission to walk as much as possible and have achieved double my step goal on some days. Now I’m starting a new job, I should be able to do the school run more often which means I will be walking even more.

I achieved my 2 stone award in October. Nowhere near target, and I seem to be less focused lately so I need to use my journal more.

There have been a couple of yarn purchases but only for specific projects so I think I’ve done alright with this one.

Only 2 months left to work on some more of these goals. I think it might be time to prioritise!

How are your goals going?