After such a slow start, we are harvesting produce from our allotment at the same time as we have done in previous years! This is in spite of being a month behind when planting, so the very hot and dry spell we are having must have done the trick.

Our courgettes, pumpkins and squashes are thriving, and we already have a glut of courgettes. I have given them away to anyone and everyone! We’ve had some really huge ones, in fact at Slimming World we estimated the weight of one to be around 3lb. 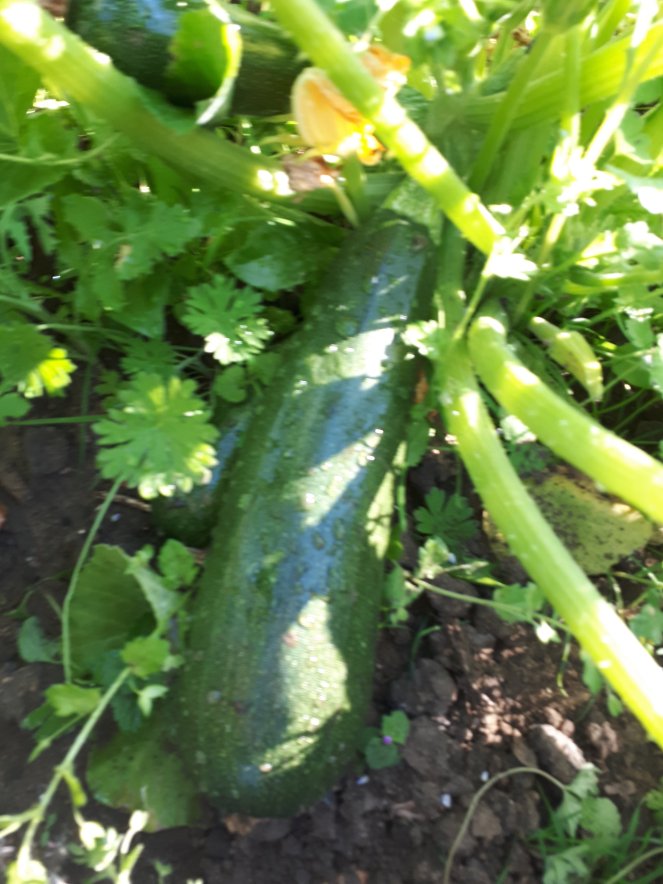 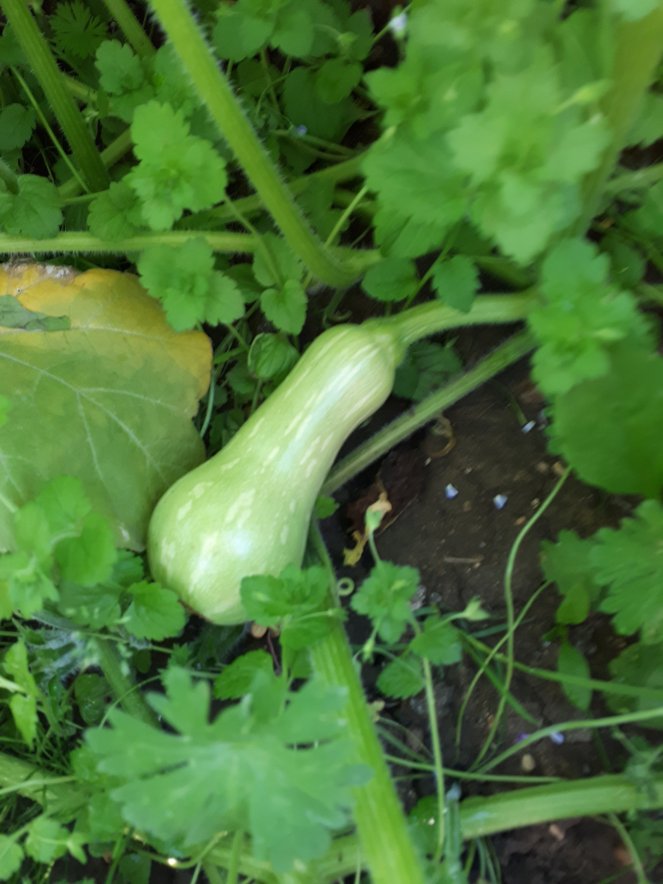 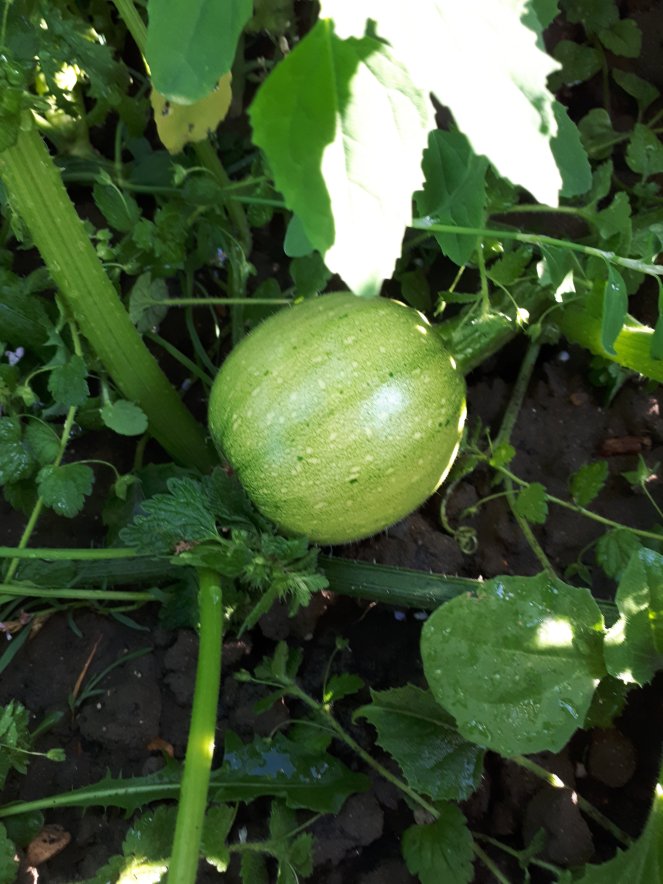 The onions are also looking good, we are just waiting for the tops to fall over and then we will dry them out. The sweetcorn is taller than my son, the beetroot and carrots are growing well and the beans are looking very flowery so hopefully we will be picking some of those soon. 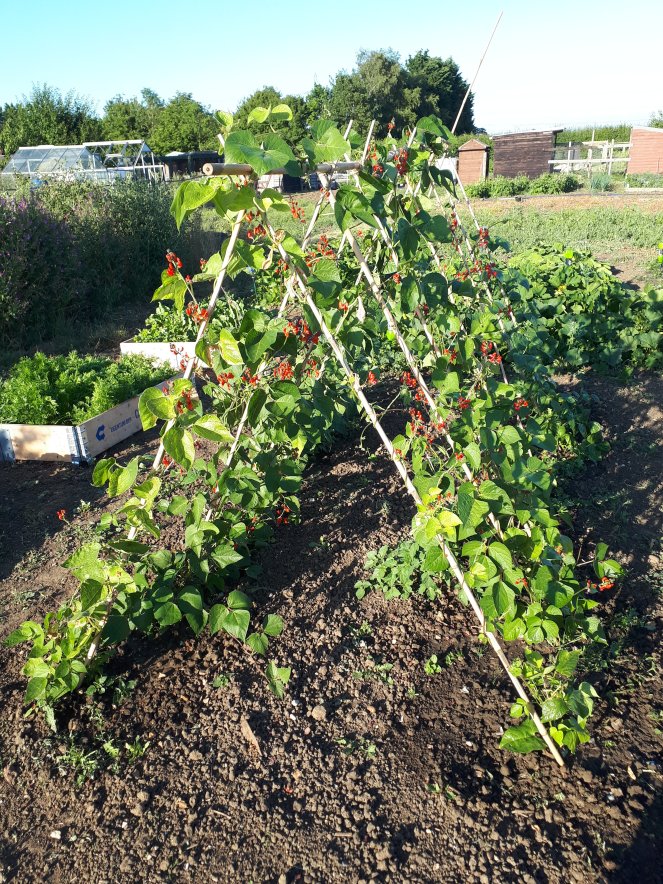 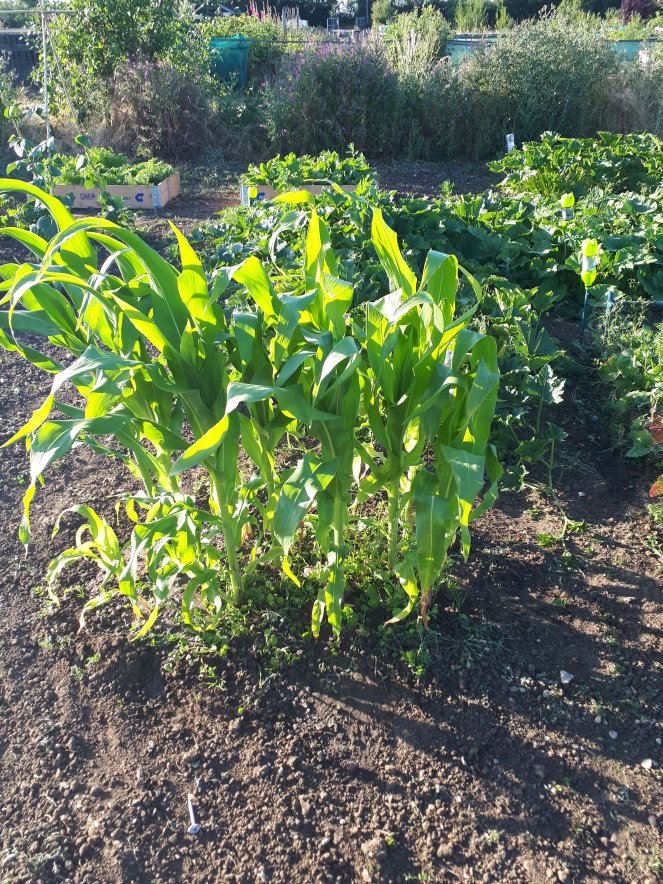 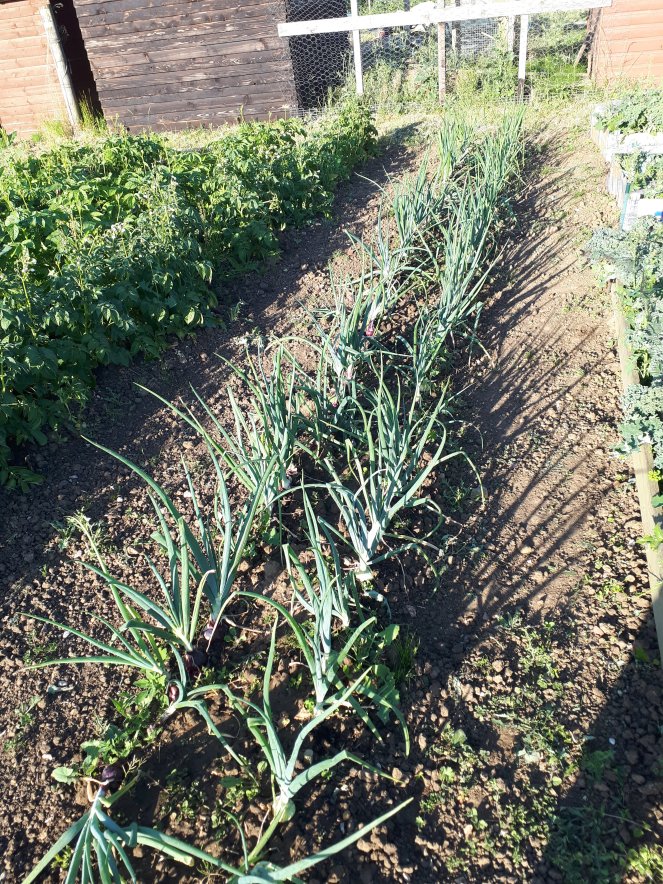 Hopefully it might be time to harvest some potatoes soon too. I’m not sure how good the potatoes will be as we havent watered them as much as other crops. The raspberries on the back plot are fruiting gradually-we seem to bring home a handful after each visit to the plot. Behind them, the apple trees still have most of their fruit so we are keeping our fingers crossed for the autumn.

At home, we are still looking after the tomatoes. I’m a little concerned they will suffer from blossom end rot from inconsistent watering as they seem to be wilting most days and I simply can’t water them in the morning before work. They are fruiting though so at least that is a start. 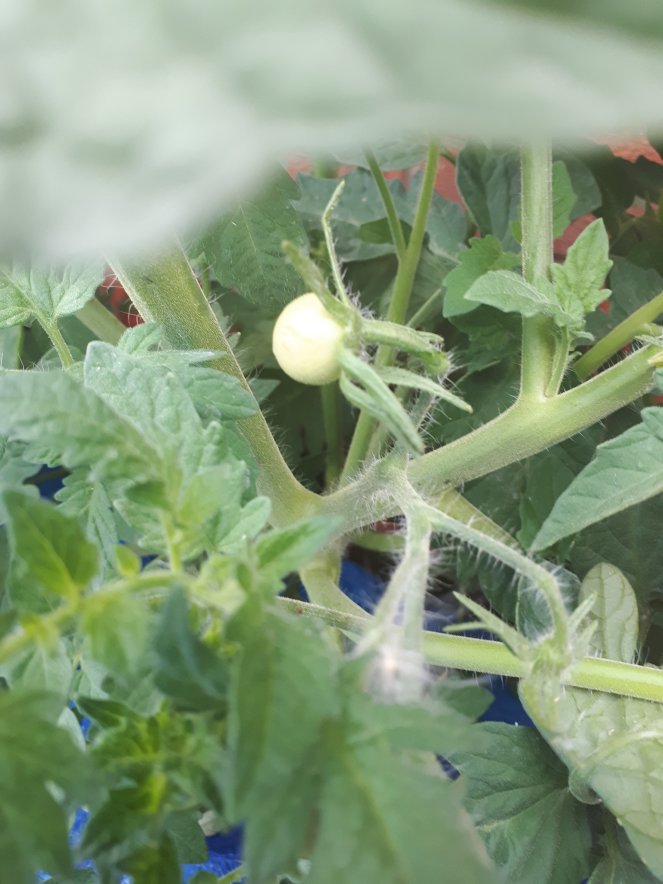 In the back yard, the herb garden is coming on well. The children also planted their own nasturtiums earlier on in the year and those plants have now flowered. Since then, the caterpillars have moved in! We have just left them, and my daughter finds them absolutely fascinating. She even invited our neighbour’s little boy round to see ‘her’ caterpillars! I’ve never seen so many in one place. 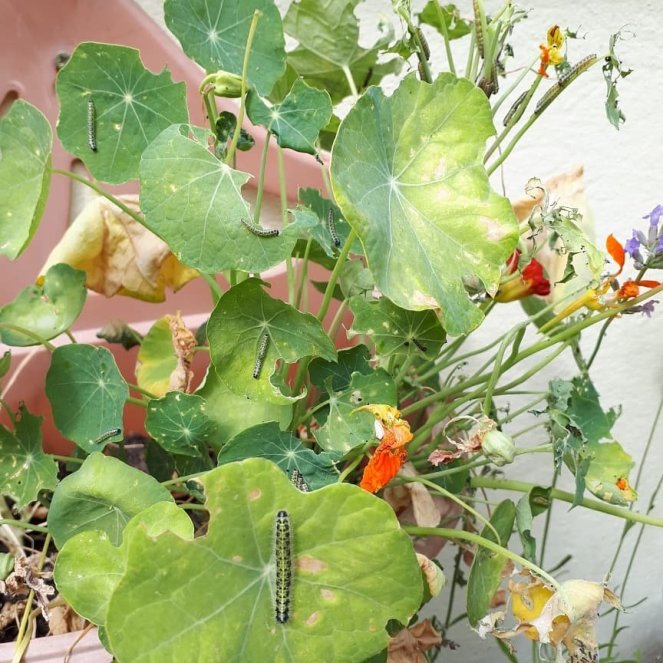 The only tricky thing about the allotment has been working on it in the heat, things like mowing the weeds on the back plot have been really hard to do unless it has been early in the morning. Hopefully it isn’t looking too scruffy, I’m not good in the heat and there is no shade so I can’t do much there in the afternoons.

I’m planning on making some earlier morning visits to the plot during the school summer holidays to try and knock it into shape. (Though the other issue is what to do with the weeds once they have been dug up-ordinarily we would burn them but everywhere is so dry that I’m not sure even the incinerator bin is 100% safe.)

Do you have any tips for managing working on the allotment in such hot weather? Please share!

16 thoughts on “Harvest has started!”